All Collections
Guides: Audio and AI
Voice-over narration: How media enterprises can use AI voiceover narration effectively in content 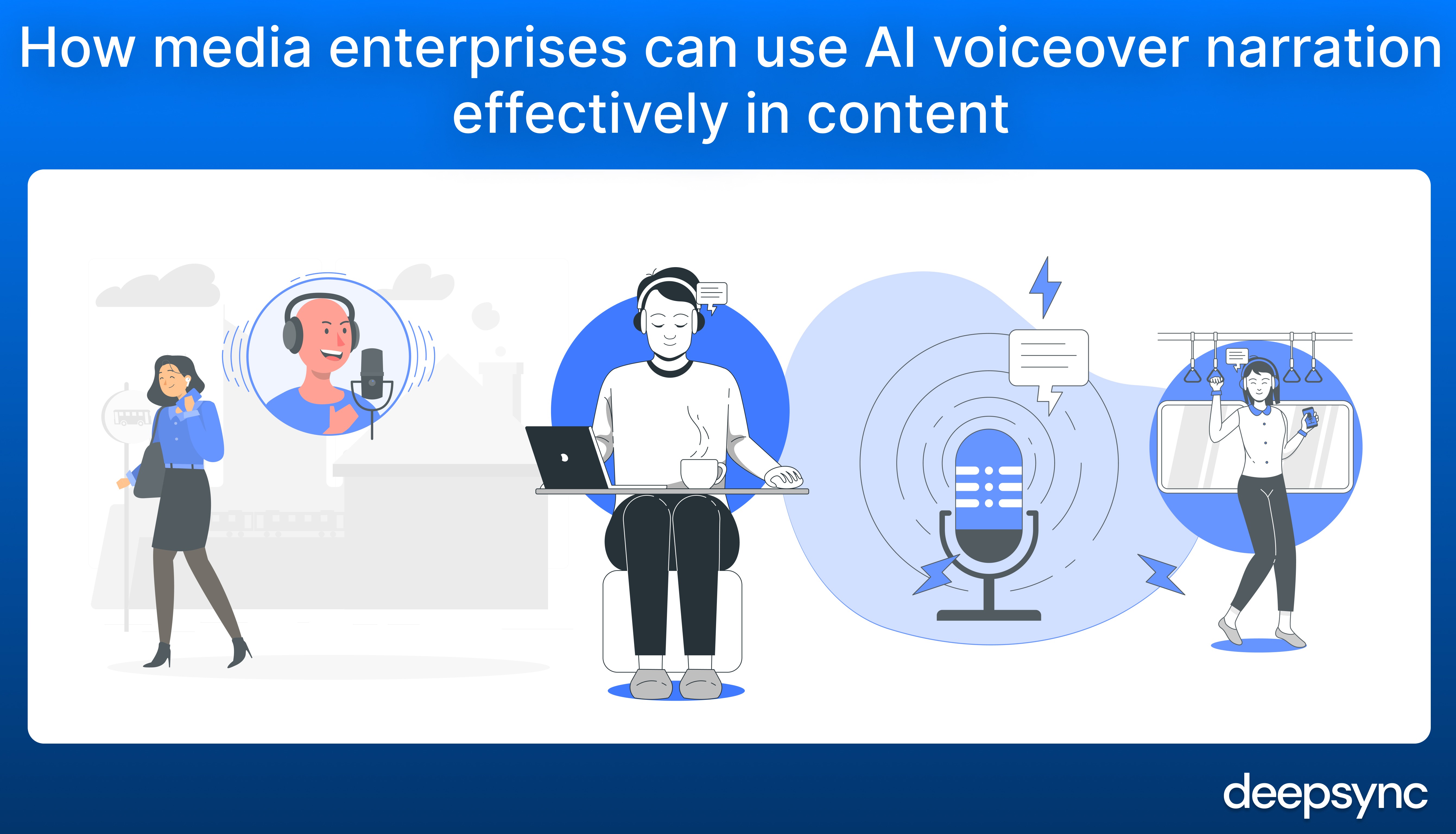 How would you describe the voiceover recording process in a media enterprise?

Media enterprises are accustomed to producing audio with the help of tools, a physical studio, a recording team, and a host/journalist.

Do you believe that a process like audio production cannot be automated in light of the innovations happening around the world?

This is indeed possible and Depsync voice cloning technology is capable of producing studio-quality audio content, such as voiceovers, using the voices of media enterprises' famous hosts.

Yes, with artificial intelligence, media enterprises can streamline their audio production workflows to produce daily voiceovers in their famous journalist/host AI voices per their various content requirements. Without needing any equipment or studio!

Interested in learning how Deepsync can transform your enterprise audio production process? Read on until the end of this blog. 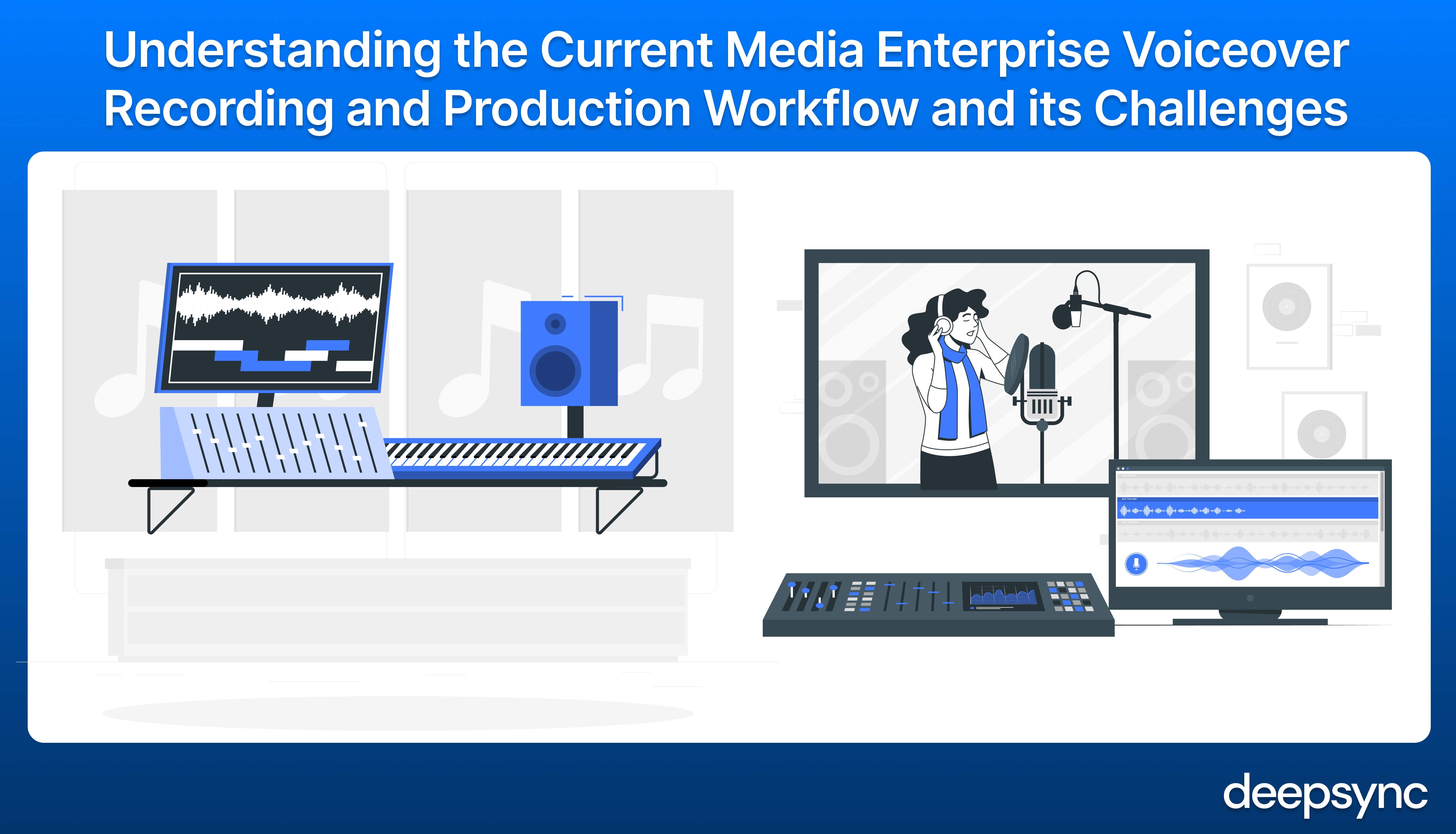 A traditional approach to recording, producing, and editing audio is not efficient given the automation that is occurring in every other industry.

No need to worry! With Deepsync's voice cloning technology, recording, production, and editing workflows can be automated to streamline your media enterprise's audio production processes.

An Overview of How Deepsync AI Automates Audio Production 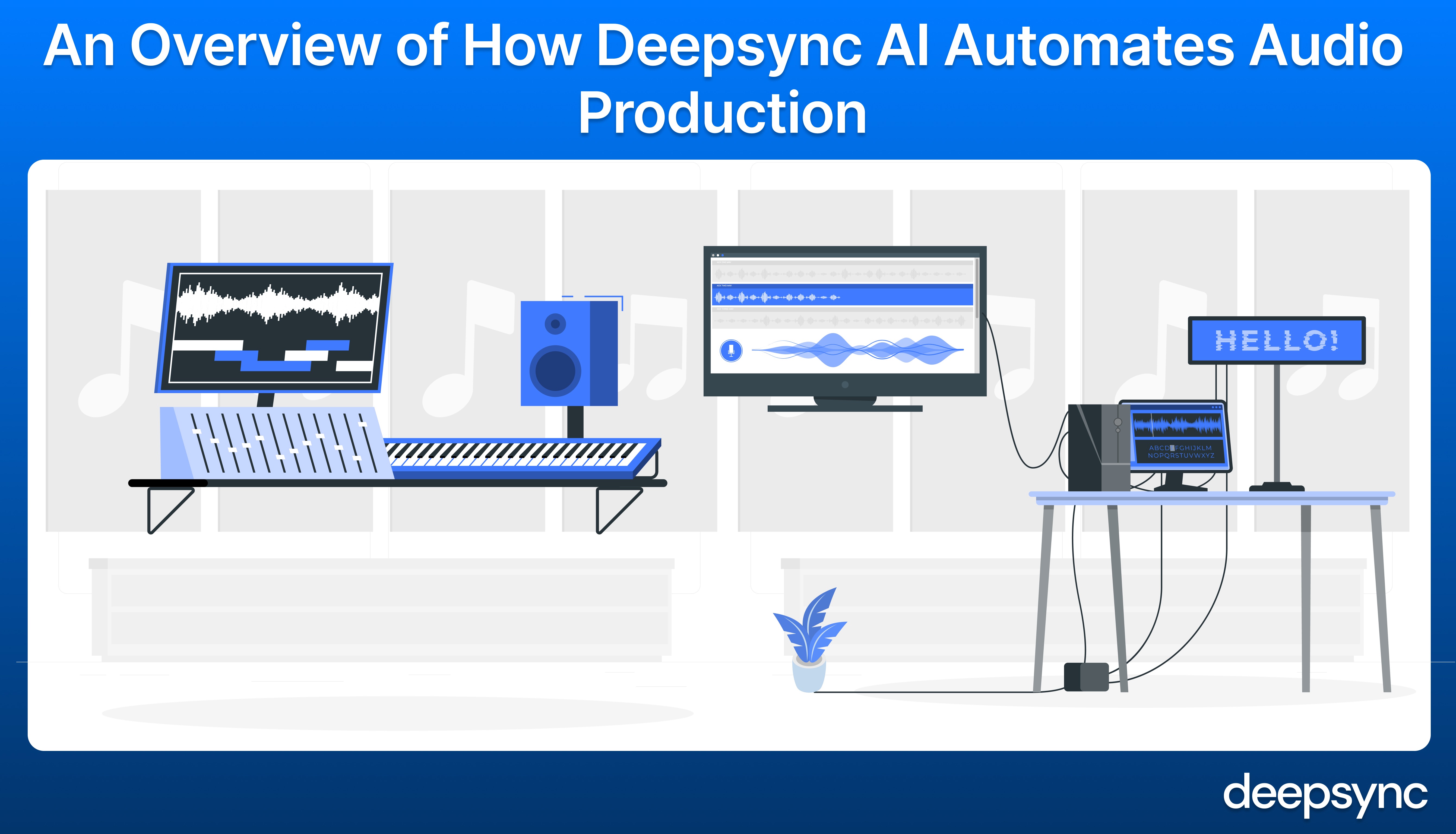 Time-consuming processes such as recording audio, producing a professional production, and editing it can be automated with DeepSync, just like any other enterprise process.

The core of the future will be automation, as technology advances. In fact, we are proud to be able to say that our company is highly proficient in making such a complex and manual task seem like a walk in the park.

Despite the fact that we have just begun, there is still a lot to learn, our goal is to make audio production such an easy task that only one person can perform it by themselves without requiring any help or physical pieces of equipment

Changing and improving our internal processes is a constant part of our journey to ensure the production of audio content is efficient and productive for media enterprises.

To learn more about Deepsync you can schedule a demo with us by clicking on the image below.

To learn more about how Deepsync works check out our guides.